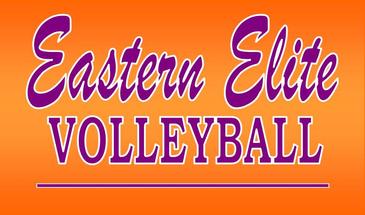 Eastern Elite is always looking for new coaches to add to our experienced staff.  We have  openings for both experienced and new coaches. We offer teams ranging in age from U12 to U18; and we also offer other coaching opportunities after club season is over (summer programs and private lessons). We offer many opportunities to continue to improve your coaching craft. Please email us at info@easternelitevolleyball.org if you are interested in obtaining more information about becoming an Eastern Elite coach.

DAWN NORRIS – Coach/Executive Director
Dawn is the Club Director and one of the founders of Eastern Elite Volleyball Club. Dawn brings a tremendous amount of passion and competitive edge to Eastern Elite. She has several years of high school coaching experience at the varsity level and 16 years of USAV Junior Olympic Volleyball coaching experience at the 15's, 16’s, 17’s and 18’s level.  During the 2019 season, Dawn led our 18's team to their first ever AAU Championship appearance where they won their division.  In 2016 Dawn’s 15's Team won the gold medal at the USAV Carolina East Regional Championship. In 2015 her 15's team won the gold medal at the Shamrock Festival in Roanoke, and the silver medal in the USAV Carolina East Regional Championship.  In 2013 her 18's USAV National Team ended their season second in points in the USA Volleyball – Carolina Region, and brought home Gold and Silver medals at 2 of their 3 Carolina Regional tournaments.  Her 2013 18's National team also finished 2nd in their divisions at 3 national tournaments.  In 2011 Coach Norris led her 17’s team to win the USAV Junior Olympic - Carolina Regional Championships.  Dawn loves coaching the sport of volleyball and leads her players by continually challenging and pushing them to become stronger and better athletes. Her competitiveness, passion, and dedication for the sport are used to convey these ideals to her athletes. She ultimately hopes that all athletes working with her learn these lessons and become stronger volleyball players so they are able to succeed at the collegiate level.  Dawn attended East Carolina University and graduated with a Bachelor of Science Degree in Nursing. She is currently employed as a Registered Nurse with UNC Healthcare as Director of Nursing Services. Dawn lives in Goldsboro and has one son and two daughters (both who played collegiate volleyball).

TJ LANCASTER - Coach/Program Director
TJ currently serves as an assistant coach at Lenoir Community College and brings 10 years of Junior Olympic and 18 years of high school volleyball coaching experience to Eastern Elite Volleyball Club. TJ graduated from East Carolina University with a B.S. in History Education.  TJ served as the Assistant Varsity Volleyball and Varsity Girls Basketball Coach at Charles B. Aycock from 2001-2007.  TJ also helped lead the Lady Falcons Softball Team to State Championship Final Four Appearances in 2003, 2005 and 2006 during his 5 years as the Assistant Varsity Softball Coach. He began his teaching career in the History Department of Wayne School of Engineering during its inaugural year in 2007.  He led the Goldsboro High School volleyball program as head coach from 2008-2020, while teaching History and Physical Education at Wayne School of Engineering. He oversaw the creation of the school's first ever Junior Varsity Volleyball team. In 2011, TJ led Goldsboro Volleyball to their first state playoff appearance since 1986. In 2018, he led the program to the third round of the North Carolina State Championships, which is the deepest run in school history! Goldsboro won their first ever Conference Championship (2020) under his guidance. He has been recognized as the Conference Coach of the Year 3 times (2014, 2019 and 2020). Goldsboro made the state playoffs 6 times during his tenure.

Ellen Morgan is currently a Social Studies and Language Arts teacher at Rosewood Middle School and also serves as the head coach of the RMS Volleyball team.  She is an Eastern Elite alumni and brings 8 years of coaching experience with her to our program.  Ellen was a member of the first EEVC 18’s team and holds the Eastern Elite record for kills and blocks in one season.   She was a member of the volleyball team at the University of Mount Olive for 2 seasons until a shoulder injury ended her competitive playing career. In high school Ellen led her team to 4 consecutive appearances in the NCHSAA Championship playoffs and led her team in both kills and blocks all 4 years she played finishing her prep career with 2,056 kills. She was named to the USAV-Carolina Region All Tournament Team, the NCHSAA Carolina Conference Varsity All Conference Team (4 seasons), was a 4 time NCHSAA Scholar Athlete award winner, and was selected as the News Argus Volleyball Player of the Year as a freshman.  After coaching our Eastern Elite 13’s, 15’s and 16’s teams from 2013-2017 Ellen moved to Ohio.  During her time in Ohio she coached at Toledo Christian High School and led that team to the quarter finals of the Ohio State High School Championships, and also coached 3 USAV teams at Glass City Athletics.  Under her coaching leadership at Glass City her 10’s team won the USAV Ohio Valley Region Championship and her 15’s team won the Mid East Qualifier and earned a bid to Nationals.  In the fall of 2018, Ellen returned to North Carolina and was the interim coach at Neuse Charter School in Smithfield, assisting that team to their first ever State Championship playoff game and spent the club season coaching our Eastern Elite’s 16’s team.  In 2019-2020 Ellen lived in West Palm Beach, FL where she coached the Palm Beach Juniors 15 Elite team who won the USAV Florida Region Championship.  Ellen returned to North Carolina last year and spent the 2020-2021 season as the head coach of the Eastern Elite 14’s team.    This season, in addition to coaching, she will also serve as our Recruiting Coordinator.

​Russell is a Scientist at Parker LORD Corporation in Cary, where he has worked for 30 years.  He brings 8 years of volleyball coaching experience with him to Eastern Elite.  After coaching in Clayton’s first recreation volleyball league he began his USAV coaching journey.  He began in 2010 as the head coach of the WAVE 12U team; winning medals in two of three tournaments.  He spent the next three USAV seasons coaching with NC Elite in Johnston County; one season as an assistant coach for 14U and two seasons as the head coach for 13U.   He moved on to become the head coach for the Carolina Premiere 14U team out of Zebulon the following year before sitting out of coaching to watch his youngest daughter Sarah play USAV from the stands.  Her final and best two seasons of club volleyball were spent playing for Eastern Elite on both their 17’s and finally on their 18’s team.  Once Sarah completed her club volleyball tenure, Russell returned to coaching and spent one season as the 12U head coach at Joco with Sarah by his side as his assistant coach.  Russell is entering his second season as a coach with Eastern Elite.

Courtney is an Eastern Elite alumni and a senior at the University of Mount Olive majoring in exercise science with a minor in coaching.   She is currently in her fourth season as a member of the Trojan's women's volleyball team at Mount Olive, where she was named to the Conference Carolinas Presidential Honor Roll both her freshman and sophomore year, and was recently named a Division 2 Athletics Directors Association Academic Achievement Award Recipient.  She was a member of the volleyball, softball and track and field teams at South Johnston High School in Benson and played USA Volleyball for four seasons.  During her time at South Johnston she received the coaches award for all three sports she played; was the captain of both her volleyball and softball teams her senior year; was named to the volleyball all-tournament team; and qualified for the state championship in the triple jump.

JESSICA WALL - Coach
​​Jessica is an Eastern Elite alumni and currently is a sophomore at Pitt Community College playing outside hitter for the Bulldog’s women’s volleyball team.  She brings 9 years of competitive playing experience with her and has played 8 years of USA Volleyball (7 of those years with Eastern Elite).  Jessica played 3 varsity seasons of volleyball at North Johnston High School where she received 2 All-Conference awards and was named the Panther’s MVP her senior season.   Her goal is to transfer to East Carolina as a junior and major in interior design.  This is Jessica’s second season coaching with Eastern Elite.